New collaborative research from the University of Oxford and the Wildlife Institute of India used GPS-telemetry to uncover the migration routes and breeding areas of the massive populations of migratory Black-eared kites wintering in and around the megacity of Delhi, India, which hosts the largest raptor concentration of the world.

Kites migrated for 3300–4800 km along a narrow corridor, crossing the Himalayas at extremely high elevations (up to > 6500 m a.s.l.) by the mount K2 of the Karakoram Range and travelled long periods at elevations above 3500 m. They then crossed/circumvented the Taklamakan Desert and Tian Shan Range to reach their unknown breeding quarters at the intersection between Kazakhstan, Russia, China and Mongolia.

Route configuration seemed to be shaped by dominant wind support and barrier avoidance. Wintering ranges were 85 times smaller than breeding ranges and were concentrated around Delhi, likely in response to massive human food- subsidies. These results illustrate that high-elevation crossings by soaring migrants may be more common than previously thought, and suggest the need of better delineation of a hitherto poorly-appreciated “Central Asian Flyway”, which must funnel hundreds of thousands of avian migrants from Central Asia into the Indian subcontinent via multiple modes of the Himalayan crossing.

Migration has been noted for Black-eared kites in the Indian Sub-continent for many years. Since the end of 19th century, anecdotal observations have been reported in many volumes of the Journal of Bombay Natural History Society (JBNHS), but  in the absence of ringing or telemetry, migratory routes were not fully known.

Researchers also used data from eBird's web portal that corroborated with the wintering range reported in JBNHS. Naturalists and travellers have also observed kite flocks of around 50 birds, traversing mountain ranges in Trans-Himalayas, as well as the Eastern Himalayas.

Intrudingly, no one expected that large urban flocks of kites hovering over the sanitary landfills in many Indian cities largely comprised of birds wintering in South Asia. Identification of Delhi's garbage piles and landfills as prime resource units for Black-eared kites was serendipitous, considering that researchers deployed a transmitter on a bird captured from Asia’s largest landfill at Ghazipur, hoping to track its local movements in response to anthropogenic food-subsidies.

Lead author Nishant Kumar says, “GSM and satellite GPS-telemetry allowed the efficient monitoring of kite movements across nine Asian nations. Biologging resolved the mystery around provenance of massive concentrations of kites observed in the Delhi and Near Capital-Region over winter, elucidating the migration ecology along 4000 km long journeys.”

Additionally, this builds the ongoing discussions over the impacts of anthropogenic food subsidies on migratory birds across the world using multiple flyways to move from Northern latitudes towards the equator. A relevant factor is the effects on the population health of migrants and their potential to spread infectious diseases dangerous to animals as well as humans, such as avian influenza, particularly in the case of species that are urban human commensals and thus in constant close contact with dense human populations. Considering the rapid urbanization of landscapes in the Global South, it will be vital to evaluate the tradeoffs associated with opportunistic ecological responses by migratory commensals like Black-eared kites. The ongoing global ordeal due to COVID-19 lockdown underscores the need to address dynamic urban spatiality between people, animal and waste systems within finite cities.

In order to put local perspectives on kite research in sync with the available literature, this research also aims to address the conundrum around the phylogeography of the extant Milvinae kites. Several published studies on phylogenetic and phylogeographic relationships between multiple subspecies of kites found across the old world and Australasia did not include enough samples from the Indian sub-continent. With tissue samples collected from the Small-Indian as well as Black-eared kites, the genetic analysis will not only fill this important aforementioned gap, but will also shed some light over the existing contention on competing theories that support either tropical home or temperate home hypotheses, in terms of the origin of migratory or resident (breeding) status of bird populations.

Furthermore, expansion of research domains and/or collaborations with both Indian and international research groups would enable the identification of overlaps and distinctions in the migratory-strategies of kites, ospreys and steppe eagles, and other soaring-migrant species. Asian Tawny eagle and Pallas’s Fish-eagle are specialist predators, whose resident-breeding/migratory status is poorly studied within the Indo-Gangetic belt and the North-eastern region of the country. Tracking different Black-eared kite populations, e.g. in cities like Delhi, Dehradun, Kathmandu and others, along the Indo-Gangetic belt, and the North-eastern portion of the Indian-subcontinent (Patna, Kolkata, Guwahati, Dhaka, etc.), would help understand major routes undertaken by soaring-migrants to transcend various sections of the Himalayan barrier and the Tibetan plateau. The latter has been studied for its impact on shaping the evolution and ecology of multiple avian species. Therefore, research on birds along the Himalayan belt will potentially support conservation of migratory avian populations that are suffering major declines due to anthropogenic impacts.

The research team is now in the process of securing a 5-year extension to the Black Kite project that has largely been funded by the Raptor Research and Conservation Foundation, Mumbai (RRCF).

Once the grant for a long term project is secured, the team will seek matching funds from the Indian and British agencies, extending the ongoing collaboration with multiple experts based at more than 15 institutions across the world (for details, see People, Animals and Waste Systems' Initiative www.PAWS-web.site for details). PAWS-Web is an initiative led by Kumar, funded by the India-Oxford initiative, through Research England’s Global Challenge Research Funds.

​This project was seeded by a tracking tag donated to the Black Kite Project team by Prof Fabrizio Sergio from CSIC Spain, and was further supported by the Microwave Telemetry Inc., USA’s Christiane Howey Raising Scholar Award, and funds from University of Oxford (Felix scholarship trust’s  and Somerville college’s discretionary grant) allocated to Kumar. Finally, the major grant support was extended by RRCF, in the form of ongoing Phase - IV of the Black Kite Project at the Wildlife Institute of India (WII). At WII, Kumar and Ms. Urvi Gupta (M.Sc. Biodiversity, Conservation and Management- Oxon, and currently the project biologist) are supervised by senior academicians, Profs Yadvendradev V Jhala, Qamar Qureshi and Dr Dhananjai Mohan,. The study published in Scientific Reports was part of Kumar’s doctoral thesis, which was supervised by Prof(s) Andrew Gosler and Fabrizio Sergio. 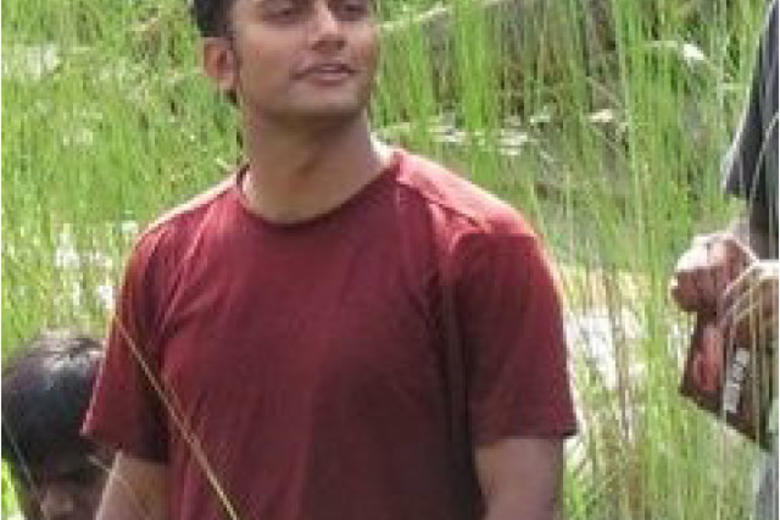