Spider webs are engineering marvels constructed by 8 legged experts with 400 million years of accumulated know-how. Much can be learned from the building of the spider’s gossamer net and the operation of its sticky trap. Amazingly, garden cross spiders can regenerate lost legs and use them immediately to build a web that is pitch-perfect, even though the new limb is much shorter than the one it replaced. This phenomenon has allowed scientists to probe the rules the animal uses to build its web and how it uses its legs as measuring sticks.

Studies at the Universities of Oxford and Aarhus have revealed how a spider’s regenerated leg movements fit in with the other legs that are of normal length; coordinating complex movements and thread manipulations.

The study published today in Interface, a Journal of the Royal Society addresses a key question: each limb acts like a semi-independent computer and does much of the calculations for its positioning locally through adapted sensors, a phenomenon called morphological computing.

This work shows how one can translate the complex sequences of movements and manipulations that the spider uses to construct its web into decision rules that can be tested. Here the behaviour is encoded in a set of formal rules embedded in a virtual (or cyber) spider that draws webs on computer screens. By using a combination of experiments with both real and virtual spiders the scientists have been able to probe and verify the rule sets.

The researchers then encoded key parameters of these AI rules as genes and used computer animation in a process called Genetic Algorithm to select virtual webs for their combination of costs and benefits in order to search for optimal solutions.

Professor Fritz Vollrath, lead author, said: ‘We were surprised that an animal was able to 'do its thing’ perfectly with a leg that is half its normal length and totally new i.e. with muscles that have not exercised and sensors that had no time to ‘learn’ how to respond.

‘It has been exciting to use our novel techniques to unravel an animal’s hidden rules of behaviour by combining computer modelling with experimental studies of real animals’ behaviours.

‘Encoding the spider’s decision rules into cyber genes allows us to let the system evolve in a computer based ecosystem by responding to virtual challenges such as cyber flies and imagined cost-benefit balances.’

Vollrath and Krink hope that this understanding will inform aspects of modern Robotics about the ways and means that animals can execute complex tasks using simple rules in combination with adaptable skins and skills.

The algorithms used by their virtual spiders are embedded in applications that can be downloaded. This allows students of all levels to study a spider’s behaviour decisions rules online (using web building as a paradigm) and at the same time explore the power of evolution to shape animal behaviour and ecology.

The researchers aim to forge deeper links with roboticists to explore how spider behaviour can inform unmanned vehicle piloting and navigation, and how novel robots could be constructed and operate. 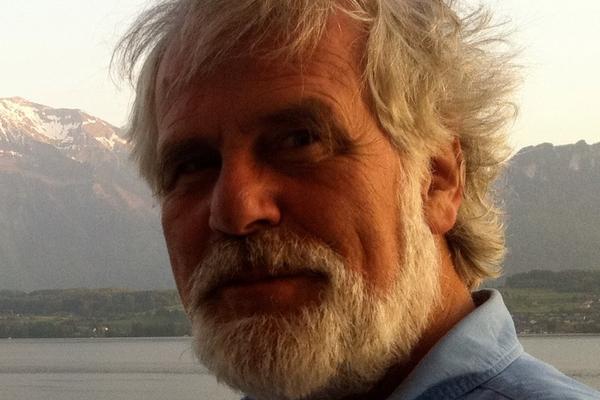