Thrusting a bright pink broom in front of a camera trap in a futile attempt to mimic a small mammal, I couldn’t help but think this was very unlike the experience Dame Judi had presented in her recent documentary Judi Dench’s Wild Borneo Adventure, which more often than not ended with a glass of wine on the veranda. 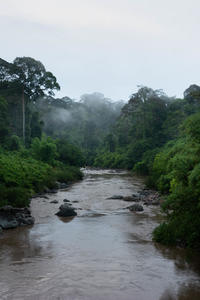 It was day seven of our tropical forest ecology field course at Danum Valley Field Centre (DVFC), a world-renowned centre for tropical forest research, pre-eminent in South East Asia. We’d arrived the week before, bussing in along particularly violent roads which had thoroughly trounced our minivan. Having been on an expedition to Mexico the year before I somewhat expected what lay ahead, but I don’t think you can ever truly prepare yourself for the all-consuming humidity and accompanying buckets of sweat, or for the sheer majesty that is a tropical rainforest. Danum Valley is particularly special, situated along the banks of the Segama River and one of the few remaining areas of protected lowland forest in Borneo. There was a touch of Durrell about the place with long tailed macaques feeding off bright red fruit in the trees near the rest house and monitor lizards the size of a Bassett hound skulking in the undergrowth. 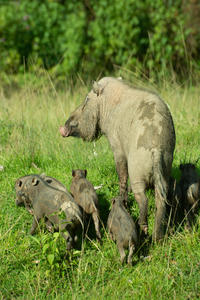 We were, of course, not here just to marvel at the splendour of the place nor to soak in our own sweat (although this wasn’t optional), but for a thorough crash course in tropical forest research. Mornings were spent learning about the varied techniques used to survey species in the forest, which ranged from a simple tape measure and stick for trees to a highly complicated contraption composed of metal poles and translucent wires, lashed together with screws and bungee cords, called a harp trap for the bats. Afternoons were spent going over tute work in the relative safety of the rest house, away from the midday heat, and followed by a pre-dinner lecture which covered the creation, maintenance, eventual destruction (by humans, naturally) and better-late-than-never conservation (by humans, typically) of tropical diversity.

Our last three days were where we really got to cut our teeth as tropical forest ecologists. Embarking on a three day mini-project, my group looked at seed predation using camera traps, inspired by the dipterocarp mass fruiting event that was currently taking place (which only occurs once every 7-13 years). Placing the seeds, which in the dipterocarp’s case resembled those of an exaggerated sycamore, over 16 plots divided by size and seed type (which resulted in 8km worth of trekking), we noted who was eating what and how much they were eating. The ‘who’ in our study turned out to be a rather disappointingly small sample of two bearded pigs and a few piglets whose numbers had notably boomed during the mass fruiting - if you were wondering they preferred larger seeds and this was indeed, statistically significant.

Clearly, we were never going to work wonders over a three-day project, but the skills we gained from our projects and during our wider time at DVFC gave us valuable insight into the research process. Research of this nature will be essential in the future with the need to not only halt deforestation but begin reforestation on a scale hitherto unheard of so I’d like to thank our lecturers, the research assistants and staff in DVFC for a fantastic ten days and for hopefully inspiring the next generation of tropical forest ecologists.

As I got off the plane at Kuala Lumpur airport on my journey home I was given a final poignant reminder of the importance of the research we’d been introduced to at DVFC. Haze, from forest fires in Indonesia, some 1000km away, filled the air and dimmed the sun, a now vivid orange like the Eye of Sauron.