In May 2015, the sudden death of over 200,000 saiga antelopes shocked conservationists across the world. In a time-span of just three weeks, more than 80% of the affected population and more than 60% of the global population of this species, across a landscape the size of the British Isles, died suddenly in the Betpak-Dala region of Kazakhstan.

An international team of scientists, including Prof EJ Milner-Gulland of the Zoology Department, discovered that this mass mortality event (MME) was a result of hemorrhagic septicaemia caused by the Pasteurella multocida bacterium.

The bacterium occurs naturally within the tonsils of saiga, but the study published today in Science Advances, showed that climatic factors triggered an opportunistic bacterial invasion of the blood stream, leading to septicaemia and death.

This study is the first comprehensive research on saigas’ health and disease focused on MMEs.  Data from vets, biologists, botanists, ecologists and laboratory scientists were integrated to build a comprehensive analysis of complex disease ecology.

Professor Milner-Gulland said: “This important research was possible due to a strong partnership between European universities, governmental and non-governmental Institutions in Kazakhstan, and international bodies such as the Food and Agriculture Organisation and Convention on Migratory Species, as well as generous funding from the UK government and conservation charities worldwide.”

Increased MMEs in the species’ recent history suggest a new shift in risk which is driving the species potentially to extinction. Just last year, the Mongolian saiga population decreased by 60% due to a virus infection spilling over from livestock, and high levels of poaching since the 1990s have also been a major factor in depletion of populations.

“It’s excellent to see the real-world value of research partnerships of this kind, and the great advances we have made in understanding disease in saigas thanks to such a productive collaboration.” 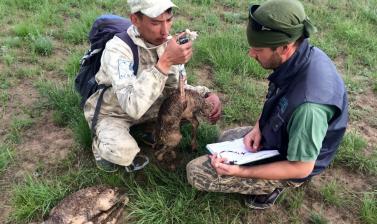 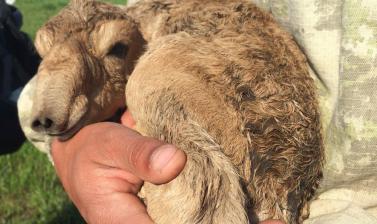