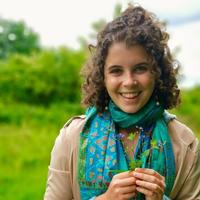 Aedes aegypti is a species of mosquito that carries dengue, a potentially fatal virus whose incidence has greatly increased in recent years. As dengue has no widely available vaccine or specific treatment, reducing the population size of Ae. aegypti is key to reducing the burden on global public health. A promising method is the release of self-limiting Ae. aegypti, which mate with wild Ae. aegypti and produce offspring that do not survive to adulthood. However, the subsequent decrease in the number of Ae. aegypti can affect the population size of other species. In my research, I use theoretical models to examine how the release of self-limiting Ae. aegypti impacts its coexistence with Ae. albopictus, another species of mosquito that carries dengue. This is important to consider, as any public health benefit caused by lowering the Ae. aegypti population could be lessened or compensated for by an associated increase in the Ae. albopictus population size. In these models, I account for reproductive interference between Ae. aegypti and Ae. albopictus. This is where incomplete species recognition results in heterospecifics engaging in mating activities. Thus, my work investigates the combined effect of behavioural ecological (reproductive interference) and population ecological (release of self-limiting Ae. aegypti) effects on coexistence between Ae. aegypti and Ae. albopictus. 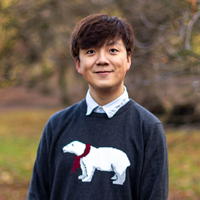 Rosewoods are the world’s most trafficked wild product, more than all animal products put together. Dalbergia cochinchinensis and D. oliveri are particularly threatened in the Greater Mekong area. Despite the emerging efforts in their restoration, there are genetic risks such as maladaptation and genetic bottleneck that need attention, especially in the times of changing climate. My research at Oxford is threefold: (1) I developed the reference genomes of D. cochinchinensis and D. oliveri and transcriptomes for 6 Dalbergia species; (2) I conducted a landscape genomics study for ~800 individuals from > 40 localities to test for gene-environment association and its shift under climate change; (3) I carried out a controlled physiological experiment to reveal the contrasting hydraulic responses between the two species that may reflect their distinct ecological niches. My research will facilitate evidence-based conservation and restoration in these species, via my collaboration with the four governments in the region. 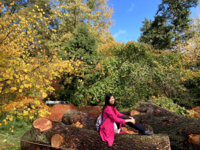 Globally, the ecosystem services of dry forests are poorly known relative to humid forests, despite the fact that it accounts for nearly half of the world’s tropical and sub-tropical forests. The functional traits related to drought resilience are also not well known. My research aims to understand the ecosystem services provided by plant biodiversity, especially in dry forests, using functional trait data assessment. This knowledge will then be applied in devising a novel methodology for species conservation prioritisation based on conservation urgency and ecosystem services. Such a systematic approach towards the classification of plants according to their natural capital potential has never been attempted before, despite being recognised as an important knowledge gap in many recent international publications, including IPBES.

Another way to understand the services provided by plants is through ethnobotany. Lesser Sunda Islands (LSIs) of Wallacea, Indonesia, has unique vegetation within SE Asia due to its tropical seasonal climate, diverse ecosystem types, and archipelagic nature. This endemicity level is strikingly high, and so is the cultural diversity of local communities that live and depend on nature for daily subsistence. LSIs experience a severe dry season leading to recurrent drought, high poverty and undernutrition levels. I aim to characterise the consumption of wild plant species in Sumba, Sumbawa, Flores, and Timor islands of Wallacea during the dry seasons, which has never been done before. These critical species will then be further analysed for their nutritional composition and plant traits to finally unleash its full potential to support food security sustainably. 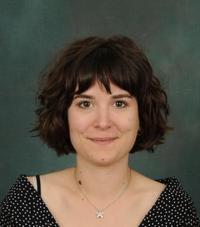 Plants deploy complex immune responses against pathogenic organisms. These phytopathogens usually begin colonising plant tissues through the extracellular space between plant cells known as the apoplast. This space is very well guarded by plant immune proteins. When a pathogen arrives there… a battle takes place!. I study that battlefield in tomato plants attacked by late blight disease (Phytophthora infestans), paying special attention to hydrolytic enzymes that could play a major role in the interaction. To summarise, my research consists of unravelling novel hydrolases involved in plant immunity and characterising their activity and substrates. Ultimately my findings will lead to a better understanding of late blight, which can potentially be used to design tools to tackle the spread of the disease.

This sentence you are reading is sensical. However, if one were to write, sentence sensical reading you this are is, you would be reluctant to agree (if you knew what you were agreeing to at all!). Human language relies on the rules of syntax to build meaning across sentences. These rules are culturally variable; however, across all languages, there are universal characteristics of human language which set it apart from other animal communication systems, such as hierarchical structuring, distantly related dependencies between words, and the ability to organize words into possibly infinite numbers of expressions.

I hope that through my research, I will be able to characterize what homologous sequential tool-action behaviours may have been present in early hominins. This may then be integrated into on-going scientific enquiry on the origins of sequential language cognition, a debate spanning many fields of linguistics, zoology, anthropology, and evolutionary psychology.