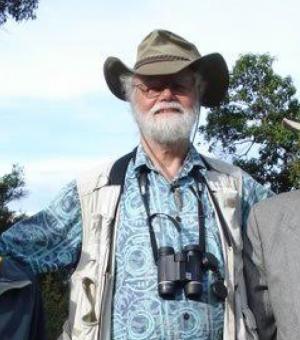 Evolutionary biology and biogeography of African mammals, especially Primates and humans. Most recent activity has been the compilation of a part-edited, part-self-authored handbook on the Mammals of Africa. Initiated by J. Kingdon and now completed, this work consists of six volumes, approx. 4000pp and has been about ten years in preparation. “The Mammals of Africa” has been a large-scale collaborative enterprise involving two fellow editors, three associate editors and some 350 authors drawn from a wide range of scientific disciplines.

Other activities have centred on a biogeographic interpretation of human evolution in Africa, (especially the factors governing bipedalism and manipulative behaviour). Also study of visual signal systems in the communication repertoires of Primates and analysis of the optical properties favoured by natural selection in the evolution of visual signals.

As a data-base and work of reference, the most significant innovation in “The Mammals of Africa” has been the integration of recent molecular phylogenies and data from palaeontology. Such data have been consulted to reconstruct the likely selective pressures and geographic parameters governing the evolution of individual species as well as the radiation of groups, such as antelopes, cercopithecine primates and rodents.

Kingdon, J. 2003. Lowly Origin: Where, When and Why our Ancestors First Stood Up. Princeton Univarsity Press Princeton.