The Physiological Costs of Reproductive Effort in Male Primates

This Monday the Zoology department were treated to a stimulating seminar from Dr Alexander Georgiev featuring an insight into the male mating efforts of chimpanzees, the dominance hierarchies of Rhesus macaques, and a fascinating tale of the consequences of one male’s surprisingly assertive strategies. 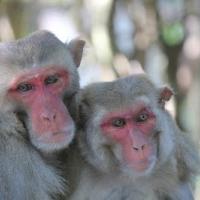 Dr Alexander Georgiev is currently a lecturer at the Bangor University, having previously researched as a postdoctoral scholar at the University of Chicago and Northwestern University after completing his studies in Human Evolutionary Biology and Anthropology at Harvard University. Dr Georgiev studies primate reproductive ecology, sexual selection and life history strategies.

During Monday’s seminar, Dr Georgiev talked of how his particularly rigorous work on chimpanzees in Kibale national park, Uganda has led to novel insights into the energetic costs of male mating effort in chimpanzees. By combining data from the quantification of dietary patterns, measures of physiological markers in male urine, and monitoring of stress-induced cortisol levels, he showed relationships between certain aspects of reproductive costs, male social rank, and female attractiveness. 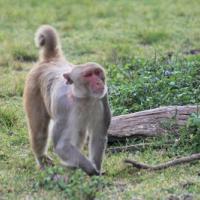 He then told of his research on male dominance hierarchies in the Cayo Santiago rhesus macaque populations. Although male macaques typically gain the role of alpha male in a non-aggressive queuing system, the unusually assertive strategies of one particular male allowed observations of the costs and benefits of increased male aggression relative to the more passive succession rule.

Dr Georgiev is now studying the physiology of red colobus in Zanzibar, a local population which show striking behavioural and physiological differences to mainland species.

I can safely say that the members of the Oxford Zoology department were captivated by Dr Georgiev’s work and the department are very thankful for him coming and sharing his research with us and wish him all the best in future projects.