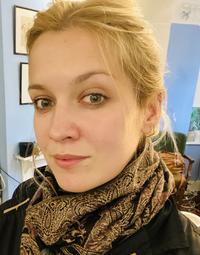 My scientific interests involve building an understanding of genome and virus evolution, including the co-evolution of viruses and their hosts. I am also interested in zoonotic viral diseases, their epidemiology and immunology standing behind their success or failure during infection.

For my doctoral research, I looked at bat genomes in search for co-opted viral genes, especially the ones which are fixated in the population and used by the host as a restriction factors in subsequent viral infections or as a stand-alone genes which take part in host’s biological functions.

Bats and their relationship with viruses is very special and they can host more than 100 different viruses. Many of these are very dangerous to other mammals, like for example Ebola, but they do not harm bats. Because of that, I am also interested in bat immune system and what makes it so different to other animals. For my research I also looked at bat innate immune system receptors and signaling pathways. Recently, we co-authored big paper published in Nature about analysis of 6 reference quality bat genomes. We analysed those in search for viral genes and found some integrations which were never found in mammals before.

Fun fact: Vampire bats are found only in South and Central America, but almost all vampire gothic novels are based in Europe or North America, also the most famous one – B.Stoker’s ‘Dracula’. 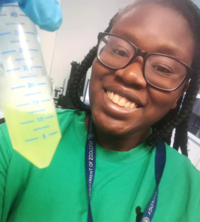 The discovery of antibiotics in mid-to-late 20th century allowed for the treatment of once deadly bacterial diseases. However, antibiotic resistance genes enable bacteria to grow in the presence of antibiotics. Unfortunately, these genes have been increasing in prevalence due to misuse and overuse of antibiotics causing efficacy reductions of these lifesaving drugs. As our arsenal of effective antibiotics continue to dwindle due to the threat of antibiotic resistance, last resort antibiotics such as Colistin have become increasingly important. Colistin is a bactericidal antibiotic that kills gram-negative bacteria by destabilising their inner and outer membranes. Colistin resistance was considered rare as resistance genes were chromosomally located and had complex gene architectures making their horizontal transfer unlikely. In 2016, mobile Colistin resistance (MCR) genes were identified in pig isolates and subsequently have been found worldwide in clinical and agricultural settings. Although their plasmid localization allows rapid spread via horizontal gene transfer, MCR gene expression comes with a large fitness cost which reduces the competitive ability of bacteria in the absence of colistin. Genetic variations have been found in the structural and regulatory elements of MCR genes which could indicate ongoing evolution to eradicate fitness costs while maintaining resistance, a phenomenon called compensatory evolution. I use genetic engineering tools to reconstruct these variants in the lab where I study their impact the fitness and resistance of bacteria carrying MCR genes. My research allows us to understand how this gene is evolving and if occurrences of compensatory evolution can be found in natural settings. 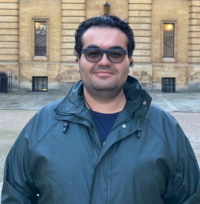 Molecular dating of species is based on the idea that DNA and protein sequences evolve at a constant rate over time and across organisms. As such, this rate can serve as a 'molecular clock' to measuring evolutionary timescales. This approach to dating species has profound implications for understanding the timescales of their evolution and divergence from other species which, in turn, enables us to put those events in an established chronology. My area of research is on understanding the rate of evolution in virus species. Viruses are very interesting from an evolutionary point of view not only because they can evolve very rapidly (i.e. they evolve anywhere from one thousand to one million times faster than humans and other mammalian species), but also that they show a time-dependent variation in evolutionary rates which makes dating them very challenging. In other words, as we increase the timescale over which we measure their rate of evolution, they appear to be evolving at ever-slowing rates. My work is focused on developing quantitative methods to understand the biological mechanisms behind creating time-dependent rate effects in viruses such as site saturation (i.e. when a particular site in the viral genome accumulates multiple mutations) and purifying selection (i.e. when deleterious mutations are purged from a population). 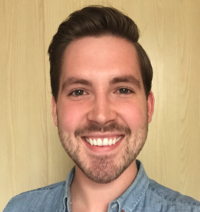 It might not appear as such, but the soil under us contains a whole world of microorganisms, often referred to as soil microbes. Soil microbes are microscopic organisms like bacteria and fungi, among others. The roots of plants function in nutrient and water uptake, as well as providing stability to the plant, i.e. keeping it upright. Roots accomplish the previously noted tasks, but roots are also interacting with these diverse communities of soil microbes. The interactions between plants roots and soil microbes span a range of ecological interactions. Some interactions between plant roots and soil microbes are beneficial for both the plant and the microbe. Some interactions might be more of a benefit to the microbe than to the plant. Soil microbes often act as pathogens, meaning they are a detriment to plant as they acquire resources for themselves. The goal of my research is to understand if interactions among plant roots and soil microbes mean that certain groups of plants can grow better than other groups of plants because of differential ways in which they interact with bacteria and fungi that live in the soil. If we have the same initial plant community, and the only difference among plant communities is the below-ground soil community, will we see different plant communities evolve? My research is valuable because it adds another layer to our understanding of the interactions among organisms that shape plant community composition.