Mobile games have never been more popular. Some now count their number of players not in the thousands or millions but in the billions, given them a reach that few other channels can compete with. But most of these games have as the main goal to generate revenue. What if we could harness the power of games for something more meaningful?

That is why I have been working with On The EDGE Conservation (OTEC), with game developer Quantum Shift Studios and publisher Playstack to launch ‘Kakapo Run’. This is the first in a series of games to gather support for Evolutionarily Distinct and Globally Endangered (EDGE) species, creatures that have no close relatives and thus represent a big slice of our natural heritage, which are in real risk of disappearing forever. The game is available for download on App Store and Google Play Store, and has no adverts or in-app purchases.

Only around 200 kakapos remain in New Zealand today – invasive mammalian predators, such as the stoat, brought to the islands by European settlers, have wiped out this Critically Endangered species on the mainland. These flightless, nocturnal parrots exist only on heavily controlled island conservation areas.

In the game, players must get the kakapo to safety to Sanctuary Island. Each level starts with the cry of the Haast’s Eagle, a huge raptor that used to be the main natural predator for kakapo, but is now extinct. The kakapo freezes in place, a behavioural response to avoid being seen by predators. Soon however, a cloud of dust rises in the horizon, and the kakapo must run for its life. To stay alive, players have not only to dodge the different obstacles on their path but also to knock out, or evade, predators like rats and stoats, brought to New Zealand by European settlers and which now alongside dogs and cats are key predators for the kakapo and its chicks.

We wanted to use this “infinite runner” style gameplay to showcase how species like the kakapo have to continuously dodge a myriad of threats to stay alive. That is why conservation actions to help this and other EDGE species are so crucial.

The game is, of course, heavily inspired in the unique and varied natural landscapes of New Zealand, the kakapo’s only home: from dense forests to idyllic coastlines; players can even run through the city dodging trams and traffic. It also features the rumi fruit, a red berry-like fruit that is one of the kakapo’s favourite foods.

But does the game make a difference? Initial research revealed that playing the game has important impacts on the players support for environmental conservation. In an experiment, we compared 100 people who played Kakapo Run with 100 people who played Subway Surfers, one of the world most popular mobile game. Our results showed not only that players knowledge increased while playing the game but also that they increasingly perceived their actions as having an impact on the environment and were more likely to volunteer for a conservation organization.

These are very encouraging results and a first for a game focused on wildlife conservation. Our goal is now to get this game in as many mobile phones as possible, not only in New Zealand, but across the globe. Could we make Kakapo Run the next Candy Crush or Subway Surfers?

We are already working on our next game, which will feature another weird and wonderful EDGE species… But for now, we want to hear what the world thinks of our latest release. Go on, have a play!

Diogo Veríssimo, PhD, is a Research Fellow, University of Oxford and Director of Conservation Marketing, On the Edge Conservation 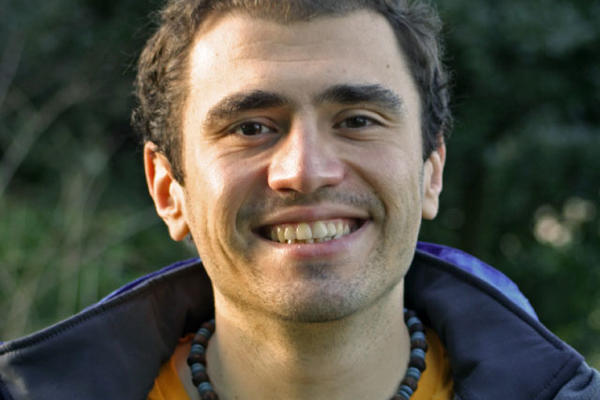