A new study from researchers at Oxford University’s Departments of Zoology and Biochemistry shows that warring bacteria will engage in suicidal attacks in vast numbers to take down competitors.

Bacteria are aggressive organisms that have evolved a host of draconian ways to kill and inhibit their competitors. One of the most extreme of these strategies is where cells actively break themselves apart and die to release large toxins that kill other strains. While it was known that some bacteria do this, the extent of the behaviour was not known and it was typically assumed that only a few cells would perform these suicidal attacks.

A new study, published today in Current Biology, shows this is far from the case: in some areas of bacterial battlegrounds, almost all cells will kill themselves to generate a massive simultaneous attack.

Suicidal behaviours are very rare in the natural world and it is typically hard to understand why they would evolve. This study reveals that millions of bacteria will simultaneously engage in a suicidal behaviour. Moreover, it shows that this occurs in the best studied of all bacteria: the common gut bacterium, Escherichia coli. This discovery has striking similarities to behaviours seen in social insects, bee and ants, which also launch large scale attacks against intruders where many of them perish.

Co-author, Dr Elisa Granato, says: ‘The sheer number of bacteria that died in these attacks was very surprising. But the study explains why they do this: cells engage in the suicidal behaviour when they are about to die anyway from a competitor’s toxin. This behaviour represents a last gasp attack from dying cells, which allows them to mount a formidable counter attack before they themselves perish.’

The authors studied bacterial battleground in the laboratory, using 3D time-lapse fluorescence microscopy. They found a way to make the cells change colour when they were engaging in the suicidal behaviour. This allowed them to follow single cells at the front line over time as they engage with competitors and see when and how many cells perform these attacks.

Co-author, Professor Kevin Foster, says: ‘Bacteria, like E. coli, can be both deadly pathogens and protective symbionts that live inside us. Whether these bacteria win their wars, therefore, can be the difference between good health and a devastating disease. The study of bacteria warfare, therefore, might help us to both push back pathogens and promote so-called ‘friendly’ bacteria.’

The researchers hope that by understanding the rules of bacterial warfare more generally and using this to design probiotic bacteria they can be used to promote health and treat infections.

Watch this video, created by Elisa Granato, to see the bacterial suicide. 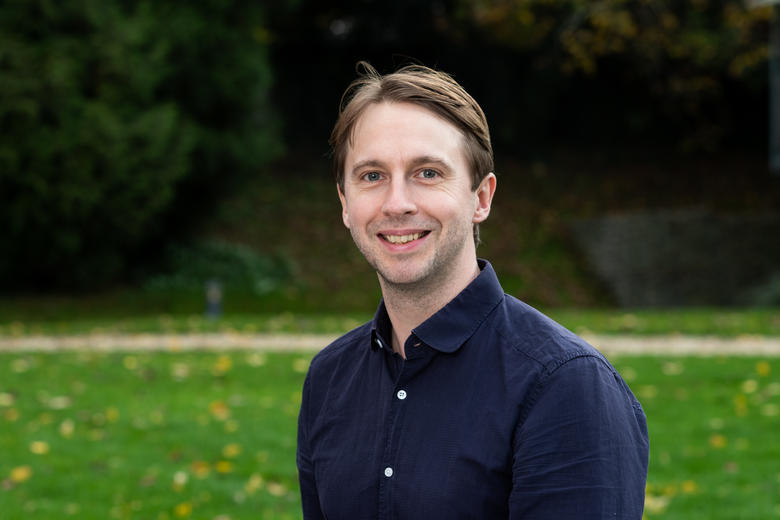