Scientists have discovered a thriving colony of more than three quarters of a million penguins on the Danger Islands in the Weddell Sea, East Antarctic Peninsula, where the impacts of climate change have not yet been felt and there is little human activity. While the islands were thought to be home to some penguin ‘super colonies’, the population size was previously unknown and widely underestimated.

The finding includes an abundance of Adélie penguins - a species in decline, on the other side of the Antarctic Peninsula, where there is human activity and sea ice has declined. The discovery was made as part of a large scale satellite seabird survey, conducted by a team of international researchers, and sits in contrast to recent evidence that penguin populations in the West Antarctic Peninsula Northern Peninsula, 100 miles away, are in decline. This stark comparison suggests that penguins fare better when their environments are undisturbed, reinforcing calls for a marine protected area in the Weddell Sea.

Antarctica is not the uniform icy desert it is often portrayed as, studies of contrasting regions help us to understand threats to the environment. Although not remote by Antarctic standards, lying close to the end of the Antarctic Peninsula, the presence of heavy sea ice around the islands and the difficulty of landing boats there has meant that the islands were seldom visited and the penguin colonies remained uncounted.

Satellite imagery from NASA in 2014 indicated that large colonies might be present on the islands, leading a team of penguinologists from Oxford University, Louisiana State, Northeastern University, Stony Brook University and the Woods Hole Oceanographic Institution to mount an expedition. Together they conducted a population census of Adélie penguins in the region using multiple simultaneous methods including counts on the ground, quadcopter-based aerial photography and high resolution satellite imagery.

The results, published in Scientific Reports, reveal that not only do the Danger Islands hold 751,527 pairs of Adélie penguins - the largest population on the Antarctic Peninsula - but they also appear to have not suffered the population declines experienced by neighbouring colonies that have been associated with climate change and human presence.

The study also showed that this figure includes the third and fourth largest Adélie penguin colonies in the world (which sit right next to each other). When the team returned from the expedition to review the satellite images they found that the population was not newly thriving, but had actually been stable since 1959.

Dr Tom Hart, a researcher at Oxford’s Department of Zoology, said: ‘This was an incredible experience, finding and counting so many penguins. Scientifically, while this is a huge number of ‘new’ penguins, they are only new to science.'

Satellite imagery going back to 1959 shows they have been here all along. It puts the East Antarctic Peninsula in stark contrast to the Adélie and chinstrap penguin declines that we are seeing on the West Antarctic Peninsula. It’s not clear what the driver of those declines is yet; the candidates are climate change, fishing and direct human disturbance, but it does show the size of the problem.

Michael Polito, Assistant Professor, Department of Oceanography and Coastal Sciences, Louisiana State University, and Guest Investigator, Wood Hole Oceanographic Institution, added: ‘In 2006, I had the chance to visit the Danger Islands and was amazed by the sheer number of Adélie penguins I saw. The water around the island boiled with penguins. But with only two hours on land it was impossible to estimate the total size of the population before sea ice conditions forced us to leave.  We have been trying to get back ever since.’

Since the study has shown the Danger Islands to be both home to a large number of Adélie penguins and a breeding hotspot for the species, it joins mounting evidence to protect penguins from human influences with Marine Protected Areas in Antarctica. A decision will be made on whether to create the reserve later this year.

Tom Hart added, ‘The size of these colonies makes them regionally important and makes the case for expanding the proposed Weddell Sea Marine Protected Area to include the Danger Islands; they are a hotspot and worthy of protection. More than that, I think it highlights the need for better protection of the West, where we are seeing declines.’ 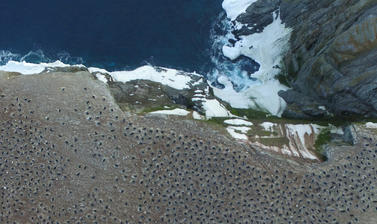 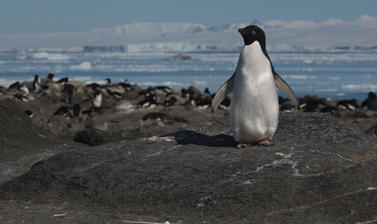 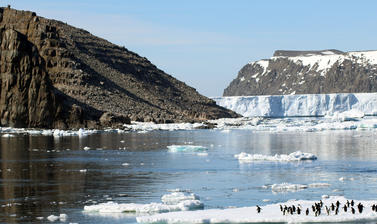 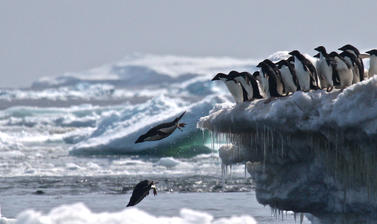 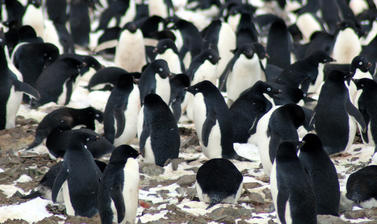 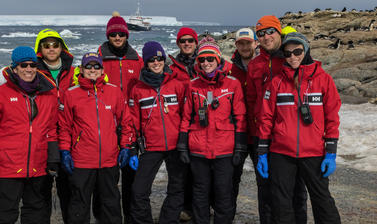