Adaptation is maintained by the parliament of genes

Many branches of evolutionary biology make the assumption that organisms act in a way that maximises their fitness. Models based on fitness maximisation are used to make predictions about the selective forces (reasons) for behaviour and form (adaptation), and these are then tested empirically. The Introduction to Behavioural Ecology textbook, collating various empirical successes of the approach, is now on its 4th edition after original publication in 1981. 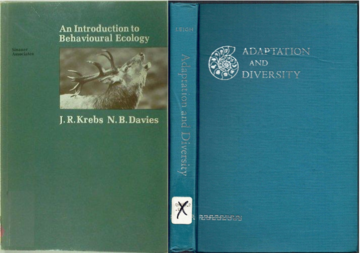 The parliament of genes metaphor was originally employed by Egbert Leigh in his 1971 book Adaptation and Diversity. We show that a lot of complex population genetics, concerned with the coevolution of selfish genetic elements and their suppressors, can be well-captured simply by thinking of organisms as genomic parliaments, in which conflicts over organism traits are generally settled in favour of the majority.

The route to the final paper wasn’t straightforward. We were initially concerned with the narrower question of how sex allocation theory, which predicts, in different ecologies, what proportion of offspring will be female as opposed to male, has been so empirically successful, despite: (i) taking the individual fitness maximisation assumption, and (ii) there being many examples, on sex chromosomes, of selfish sex ratio distorters. We found that sex ratio distorters and sex chromosomes, reflecting a minority within the parliament of genes, cannot appreciably distort the offspring sex ratio in general.

We originally planned to submit this result in a targeted paper on sex ratio evolution. But we were curious as to whether other selfish genetic elements would be

Drosophila melanogaster. A multitude of sex ratio distorters have been identified across a range of species, primarily within the Drosophila genus.

similarly ill-fated. We decided to hold back on submission whilst we developed models for: (i) the conflict between the bacterial chromosome and plasmids over public goods production, and (ii) the conflict between imprinted and non-imprinted genes over altruistic investment. Strikingly, we found that these vastly different biological scenarios led to qualitatively similar outcomes. Only after realising this did we construct an abstract model to illustrate the general processes at work.

This might seem like an unusual way to stumble upon a general paper about adaptation, but it was probably necessary, given the nature of evolutionary conflicts! Different evolutionary conflicts will be resolved in accordance with unique historical contingencies and population genetic details, and it isn’t a given that powerful general principles will permeate through different scenarios. If there are general principles to uncover, we may only be able to reach them after first wading through murky waters of scenario-specific, analytically cumbersome population genetics.

'Adaptation is maintained by the parliament of genes' was published in Nature Communications here.